A humanitarian crisis is when our well-laid disaster plans are put to the test. Or time to wish we had prepared one.

When there is no Disaster Plan, the crisis hits even harder, and the hardest hit are always the vulnerable groups, especially mothers and young children. As we have seen in the world's most recent natural disaster areas, the ability to transport and store food and water are greatly reduced during and after catastrophic events. Breastmilk, however, is always available and ready to eat, and offers infants all the food and water they need.

Croatia has not been spared when it comes to humanitarian disasters, and since 1991 with our experience in the Homeland War and the large number of displaced people and refugees it brought with it, we have also had catastrophic floods and over the past eight months over 800,000 refugees and migrants have passed through our territory, among them tens of thousands of infants.

Although we have quite a bit of experience in humanitarian disasters, Croatia has no official Plan for Infant Feeding During Humanitarian Disasters, nor do any other countries located on the so called Balkan Route. Thanks to collaboration between the UN, humanitarian organisations and local breastfeeding counsellors (LLLI, IBCLC and others), improvised breastfeeding assistance was made available to mothers and young children throughout the Balkan Route.

Croatia's experience during the Syrian Refugee Crisis has perhaps been the most comprehensive, and together with UNICEF in their Mother and Baby Centre we offered a safe area for pregnant women, mothers and young children where Roda's counsellors for breastfeeding during crisis situations in collaboration with Magna and Save the Children, who offered paediatric care and triage for young children as well as safe breastmilk substitutes for children who were not breastfeeding.

Roda's 9th Milk Conference, Breastfeeding During Humanitarian Disasters – Lessons (not)Learned will bring together all key stakeholders, relevant institutions and other organisations who mobilise during humanitarian disasters and raise awareness on the importance of feeding practices for infants and young children and the benefits of breastfeeding for children's health and survival. Furthermore, the conference will discuss the importance of having a ready Plan on Feeding Infants and Young Children During Humanitarian Disasters in place before crisis strikes, but also to share experiences from Croatia, Serbia and Greece on how assistance was mobilised for women and children on the Balkan Route. The Syrian Refugee Crisis has been a new and specific situation in many ways, but we can and must learn from it, to be better prepared for future situations.

Speakers and topics at the conference include:

The conference will conclude with a workshop on how to effectively react in crisis situations with the goal of networking organisations in the region for a more effective and comprehensive response. 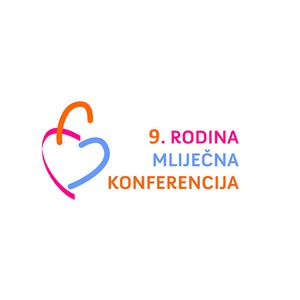