This year's reBIRTH Conference will discuss a topic that is becoming more and more actual in maternity care throughout Europe - the 10 Steps to a Mother-Friendly Hospital Initiative.

Last year, ICM, FIGO and other relevant professional organisations came together and published an updated 10 Steps, which will form the basis for this initiative to take hold in countries around the world. None of the Steps require a huge investment in equipment or facilities but instead call on institutions providing maternity care to make changes in their policies and most of all, in the way they treat birthing women and their families.

The program of reBIRTH 2016 will provide participants the opportunity to learn about the initiative itself but also how it looks in practice, with examples from four European countries.
Join us in warm Zagreb on April 29th as we discuss the importance of new paradigms of care and how to implement them as we form a network of healthcare professionals, advocates and policy-makers who recognise the need for change and want to be at the forefront.

This year's speakers include:

Dr. Josip Grgurić, coordinator for the Baby-Friendly Initiative at UNICEF Croatia will open the conference by discussing why mother-friendly practices are an important continuation of the Baby-Friendly Initiative, and how this initiative is planned to be implemented in Croatia.
Dr Diogo Ayres De Campos, member of the Safe Motherhood and Newborn Health Committee at FIGO, will be speaking about the importance of the Mother Friendly Hospital Initiative but also about the program he helped develop in Portugal to lower ever-growing rates of caesarean section.
Dr. Alexander Huber, Managing Senior Consultant at the Maternity Department of Feldbach Hospital in Austria, the only Mother-Baby Friendly accredited hospital in the region, will be speaking about how the initiative works in practice and what it has meant for the hospital and staff.
Midwife Biserka Matok Glavaš, head of midwifery at the Merkur Clinical Hospital in Zagreb, Croatia will speak about how the Merkur Hospital has changed its policies and routines over the past year to make them more mother-friendly, and how as a result Merkur is the only hospital in Croatia that had an increase in the number of births in 2015.
Dr. Eva Macun, head of obstetrics at the Jesenice General Hospital in Jesenice, Slovenia, will present the statistics and practices used at Jesenice Hospital have changed since 2013, and as a result Jesenice Hospital was the only hospital in Slovenia that noted an increase in the number of births in 2015.
Midwife Nastja Pavel  will present mother-friendly practices she has implemented in her own practice and how this has positively affected her work and the experiences of mothers.
Psychologist Tanja Javorina will present on the effects of hospital practices on mothers' postpartum and the effects of postpartum depression on her, her partner and older children. , 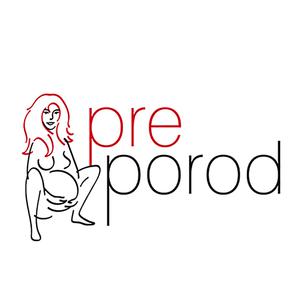