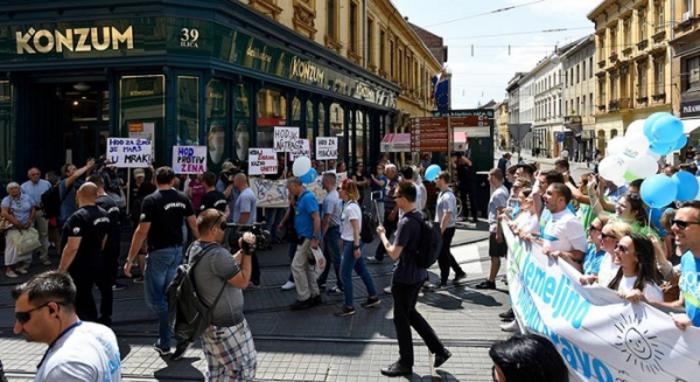 The following group letter was sent to European and international medical, obstetrics and gynaecology organisations on 25 May 2017 in response to the President of the Croatian Medical Chamber participating in the "Walk for Life" and promoting severe restrictions on reproductive rights.

In addition to actively participating in the Walk Mr. Goluža also took a photo of himself wearing a "Walk for Life" t-shirt and posted it on his Facebook page. He furthermore posed for media photographs with Željka Markić, head of the In the Name of the Family Initiative that organised the Walk but was also behind the 2013 Constitutional Referendum to prohibit same-sex marriage. In doing this Mr. Goluža, a specialist gynaecologist-obstetrician, used his public office to express his personal views on a matter that is at the very core of his profession, breaking ethical and professional standards and causing irreparable harm to the people and profession he is supposed to represent.

Professional national organisations such as the Croatian Medical Chamber represent professionals with different personal beliefs cannot be used as a platform for furthering a political agenda.

Representatives of these organisations are public figures and must be neutral and professional when appearing in public.

In actively participating in a public event and then unabashedly publicising his participation, Mr. Goluža has used his professional platform to further his personal ambitions and in so doing has put pressure on other Croatian healthcare professionals who may not share his beliefs. None of this is conducive to scientific discourse or to improving the status of a profession that is currently facing enormous challenges. Finally, this behaviour sets a dangerous precedent where ethics and professional standards can be disregarded whenever it serves a powerful individual's personal gain, regardless of the repercussions for service users and the profession.

If the President of the Croatian Medical Chamber cannot be neutral in such matters, his membership should consider whether he should continue to be president at all.